Why Talking About Death Might Help You Live a Better Life

Eighty percent of Americans want to die at home but only 20 percent do. Most spend their final weeks in hospitals or nursing homes. As a society, we dedicate a lot of money to providing people with an...

Mortality on the menu

If you show up at “Death Over Dinner” next week expecting to see a theater troupe’s adaptation of an Agatha Christie whodunit, you’re in for a much more profound experience.Grand County Hospice will be hosting its first-ever event to...

The Endless Table: How recipes can keep your memories alive

After burying her mother a few years ago, Sheila Holt found herself contemplating her own death. There was no urgency to it: she was in her early 50s and in good health. But the Summerville health services online school teacher was not...

n late January, in an Arts and Crafts house on a hill in Point Reyes, California, about 40 people—friends and family of Michael Hebb—gathered in a candlelit room at dusk. There, they witnessed pallbearers carrying the open,...

Last month, I got a jarring reminder of our mortality. In the span of a few weeks, four former colleagues, all in their early-to-mid 60′s, died. Two succumbed to cancer — three months and eights months respectively...

Why you should throw a dinner party to talk about death

When her father was dying, Jody Adams made him soup. A fan of cream of mushroom since she was a little girl — she admits to loving the canned variety — the chef-owner of restaurants Rialto, Trade, and...

Death Over Dinner: Why You Need to Have the Talk About a Living Will

Most of us don’t want to think about end-of-life issues. We believe there will always be plenty of time to consider and execute the very important decisions surrounding these issues. But...

Last week in Cambridge, Mass., I was invited to attend my first death dinner, led by Hebb. The eight others around the table, ranging... Read Full Article

After her own tragic loss, WGN-TV reporter wants death to be a dinner discussion

What We’ve Learned in Two Decades Without Morrie

Rob Schwartz has visited his father’s grave outside Boston countless times. But his trip this week — which required a flight from Tokyo — had special meaning because he and many others are marking the 20th...

Zen and the Art of Dying Well

What is the “right” way to die? We’re experiencing a zeitgeist moment about that. “Being Mortal: Medicine and What Matters in the End,” by Atul Gawande, is a best-selling book. Videos by Brittany Maynard, a 29-year-old who...

A deep dinnertime conversation about life and death

’ve attended some wonderful events in my nearly 20 years in the health insurance business, but I have never experienced anything quite like the one held the evening of April 16, which was National...

Talking About Death Over Dinner

Eric Weinstein, the managing director for Thiel Capital, and his wife Pia Malaney invite a diverse group of guests with ties to Silicon Valley to their home in San Francisco for a frank conversation about death. Five...

An event signaling the birth of healthtech startup incubator Matter featured an unlikely subject. Death. Matter, which opened Monday, hosted an event called “How might design walk with us to the...

Seventy-five percent of people want to die at home but only 25 percent actually do. Michael Hebb cites these numbers as why he founded Let’s Have Dinner and Talk About Death, an organization that...

The baby boomers are not the only ones who have discovered death. Michael Hebb, 38, is the Seattle founder of Death Over Dinner, which provides a template for people to host dinners...

Eat, drink, be merry and talk about death

The wine was flowing and guests were mingling. On the menu for the night at Bacchanalia Ristorante in the Heart of Chicago neighborhood were pasta al olio, chicken breast parmigiana — and death. This was “Death Over...

No one wants to talk about death, but you need to anyway

In a culture in which speaking about death and dying has long been taboo, and with a healthcare system that does not foster such conversations, it should come as no surprise that only about 30% of...

One New Year’s idea: Have dinner and talk about death

Organizers hope hosts around the country will gather friends and families to talk about what matters in death and in life. On one of the first evenings of 2014, Rosemary Lloyd, a Unitarian Universalist...

Death Over Dinner, The Conversation Project Aim To Spark Discussions About The End Of Life

On the evening of Jan. 7, Rosemary Lloyd, a retired Unitarian Universalist minister who lives outside Boston, will host one of the most unusual dinners of her life....

Let’s Have a Radio Show and Talk About Death

It’s the last LIVE Where is My Guru Show and what a better way to end it than to talk about death. Our first guest, yoga/meditation teacher Angel Grant talk about her latest project – Let’s Have Dinner and Talk... 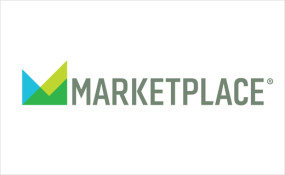 Our Founder was asked to take part in a Marketplace feature and live twitter chat.

BRAVE. You hear that word a lot when people are sick. It’s all about the fight, the survival instinct, the courage. But when Dr. Elizabeth D. McKinley’s family and friends talk about bravery, it is not so much about the way Dr. McKinley, a...

Taking the Fear Out of Death Planning

Catherine Seeber plans to give her sisters a gift this Thanksgiving Day: a packet containing information to help them prepare for death. That will sound oddly morbid to some, Ms. Seeber realizes, but she feels there’...

A Different Kind Of Dinner Party: Why Families Are Talking About Death Over Supper

On a warm evening in late August, Betsy Trapasso, a 51-year-old former hospice social worker, gathered seven friends at a...

WPR sits down with our Founder.

Let’s have dinner and talk… about death. Long a dinner table taboo, Anne Strainchamps’ guest believes its the single most important conversation we can have. He shares how to put on a fabulous dinner and open up a difficult but vital conversation.

As Michael Hebb, the Seattle-based artist who founded “Death For Dinner,” puts it, “This is what the table does well. It’s a good place to have difficult conversations.” Participants like Laura Sweet, who hosted...

Death at the dinner table (and no, it’s not a new Agatha Christie): New culinary trend sees diners talk about wills and burial

A new dining trend that sees diners talk about wills, burial and the loss of loved ones is taking the U.S. by storm.

Midlifers Discussing Their Own Death At Dinner Parties

Ah, a lovely dinner with your baby boomer friends: Thai fish cakes, minted pea soup and a nicely chilled Sauvignon Blanc. Also on the menu? The discussion of an increasingly popular — but one-time taboo...

Some dining trends, like the cronut, bring joy to the world. Others, not so much. In the latter category is the death dinner, a dinner party where everyone invited gets to talk about dying and what to do when they pass way.

At a Manhattan dinner party, former Citigroup Inc. (C) executive Steffen Landauer gathered an eclectic mix of guests at his apartment off Fifth Avenue to sip pinot noir, dine on seared salmon — and talk about death.

In 1969, Dr. Elisabeth Kubler- Ross’ groundbreaking book “On Death and Dying” was released amidst a flurry of praise garnished with gener- ous portion of harsh criticism. She felt the need...

Let’s have dinner and talk about death

by Rebekah Denn Ready for some serious dinnertime conversation? Across the country on Saturday,...

Death Over Dinner Convenes As Hundreds Of Americans Coordinate End Of Life Discussions Across U.S.

At 45, Laura Sweet has thrown plenty of dinner parties. The routine has become familiar: Pick a date, email invites, fire up a few favorite dishes, pour some...

Breaking The Taboo Against Talking About Death / KUOW

How do you want to die? Seattle food provocateur and entrepreneur Michael Hebb wants you to talk about it — over dinner. Hebb says how we want to die represents the most important and costly conversation...

By ALEXANDRA DRANE Our family debates a lot of things over our dinner table – the best Looney Toon character, politics,...

Let’s get one thing straight; this is not a morbid piece of writing. These are the truest life facts we’ll all universally encounter and here they are: I’m going to die. You’re going to die. The strangers who cut you off on the freeway...